Pacman, the iconic arcade game, is celebrating its 30th anniversary in 2021. Created by Namco in 1980, Pacman has become a cultural phenomenon and a beloved classic in the gaming industry. With its simple yet addictive gameplay, Pacman has captivated players of all ages and has spawned numerous sequels, spin-offs, and adaptations. In this guide, we will explore the history and impact of Pacman, as well as how to play both classic and modern versions of the game. We will also look at how Pacman has influenced popular culture and the gaming industry, and how to celebrate Pacman’s 30th anniversary.

The history of Pacman can be traced back to 1979, when Namco employee Toru Iwatani came up with the idea for the game while eating pizza. Iwatani was inspired by the shape of a pizza with a slice missing, and decided to create a game where the main character navigated a maze and ate dots. He named the game “Puck Man,” after the Japanese word “paku,” which means “to eat.”

The original Pacman game was released in Japan in 1980, and was later released in the United States in 1981. Pacman became an instant hit and quickly gained widespread popularity, becoming one of the highest-grossing arcade games of all time. The game’s simple yet addictive gameplay, which involves a yellow character named Pacman navigating a maze and eating dots while avoiding ghosts, has helped to make it a timeless classic.

In addition to its popularity in arcades, Pacman has also been released on numerous platforms such as home consoles, mobile devices, and online gaming sites. The success of Pacman has spawned numerous sequels, spin-offs, and adaptations, including Ms. Pacman, Pac-Man World, and Pac-Man Party. Pacman has also inspired a range of merchandise, including toys, clothing, and other items. The game’s cultural impact and enduring popularity have cemented Pacman’s place as a gaming icon.

Pacman has achieved numerous milestones and accolades since its release in 1980. Some of the key achievements of Pacman include:

Pacman is a simple yet addictive game that can be enjoyed by players of all ages. Here’s how to play both classic and modern versions of Pacman:

How to Play Pacman?

Here are the basic steps for playing Pacman:

Some additional tips for playing Pacman include:

Tips and strategies for high scores

Here are some tips and strategies for achieving high scores in Pacman:

Remember that Pacman is a game of strategy and skill, so keep practicing and experimenting with different approaches to improve your score.

Pacman has had a significant impact on popular culture and the gaming industry since its release in 1980. Some of the ways in which Pacman has influenced pop culture and gaming include:

Pacman’s 30th anniversary is a time for fans and the gaming industry to celebrate the enduring legacy and cultural impact of this iconic game.

Pacman’s 30th anniversary is a significant milestone for the gaming industry and a time for fans to celebrate the enduring legacy of this iconic game. Since its release in 1980, Pacman has become a cultural phenomenon and a beloved classic, with its simple yet addictive gameplay and enduring popularity helping it to stand the test of time.

The game has inspired numerous sequels, spin-offs, and adaptations, and has had a significant impact on popular culture and the gaming industry. To mark the occasion, there have been a range of special editions, releases, events, and celebrations held to honor Pacman’s 30th anniversary, as well as a range of Pacman-themed merchandise. Pacman’s 30th anniversary is a time to look back at the history and impact of this classic game and to celebrate its place as a timeless classic and an important part of gaming history. 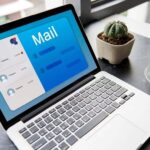 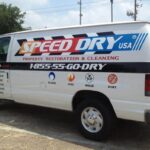