Rumours are already spreading about the new Apple mobile phones to be launched in the market in the upcoming and the current year since the iPhone 13 series. In 2024 it is assumed that Apple would launch all-screen smartphones by introducing the iPhone 16 Pro.

As Apple analyst, Ming-Chi Kuo said, this mobile would be the first to present Face ID located under the display screen. The engineers of this brand are constantly experimenting with several ideas installing more improved technologies in Apple mobile phones to make these phones smarter than other smartphones in the market.

The list below throws some light on their plans for Apple mobile phones that are yet to be launched in the current and upcoming years.

It has been heard that they are changing the size of the upcoming mobile phones eradicating the 5.4-inch dimensions of the Apple mini-series of mobile phones as it failed to impress the customers. They are concentrating on making the flagship mobile phones larger.

The circular-shaped camera would be used as a Face ID dot projector. A pill shape cut out of the camera would be the front camera of the upcoming Apple mobile phones. You could only see this feature in the Pro series. The other iPhone 14 series would have the old part for Face ID recognition.

The iPhones of 2023 would represent a circular hole and pill-shaped cut-out of the front camera for Face ID recognition to unlock the future iPhones identical to the 2022 iPhone 14 Pro series.

But in future, this design would not be restricted to the Pro models. They would shrink the pill and the hole design for Pro models. But it would take a few years before Apple mobile phone would be ready to present the Face ID under the display screen.

They are also planning to put the Face ID hardware under the phone’s display since that would leave more space for the screen on the device’s front side. They could also come up with a brilliant idea of installing time of flight design which is laser-based. This idea would help them introduce some changes like True Depth camera array and unibody lens design to reduce the size of the front camera module.

There would be a change in the camera outlook. They are making the mobile phones’ bodies thick to eliminate the bump created by rear cameras. If this plan works out, then all the other features like lenses, LiDAR and flash can be fitted flatly at the same level. iPhones always come up with some changes and improvements in cameras.

This time, they could develop the ultra-wide camera periscope zoom lens to provide more optical zoom. This is doubtful whether this change could come in the near years. The Pro series of iPhones would provide 48MP cameras, and they could record 8K quality videos.

Apple mobile phones are anticipated to manufacture using Qualcomm’s Snapdragon X65 chip. It would be the maximum 10 gigabit 5G radio frequency (RF) that offers a faster 5G internet and lower latencies. It would provide better battery life and Wi-Fi 6E.

Now this is also predicted to be introducing a new emergency feature which would be satellite-based. This would help the customers to send emergency texts and report accidents even if the individual is not within the internet coverage.

The iPhones 14 series are expected to follow the same feature as the iPhone 13 series, which has a flat-edged physical appearance. The new models of Apple mobile phones would look similar to the iPhone 13 with camera bumps at the rear side of the mobile and the same diagonal camera outline.

It has been claimed that there would be no camera bump and round volume buttons. But there is also a rumour that nothing would be changed in terms of display.

Apple’s iPhone 14series is anticipated to be manufactured with a high-end material called titanium for its framework design.

Apple has used this material in manufacturing Apple Watch. This would be the first time they would use this material in iPhones. Titanium can resist scratch, and it is claimed to be sturdier than steel and aluminium. This material also resists corrosion.

It is still doubtful whether this thermal system can do the needful for Apple’s high-end phones. But the engineers are working on improving the cooling system so that flagship iPhones can cooperate with the thermal design in the future.

Apple aims to manufacture the latest iPhone models devoid of any Lightning ports to have a portless design on the phones. The charging would be done by placing the phones over MagSafe. But it is still doubtful which 2022 iPhone models would introduce this feature. But still, some of the upcoming iPhones would be seen with Lightning ports.

It has come known that Apple is planning to install a car crash detection system for the upcoming iPhones and Apple Watches. The engineers would install the accelerometer sensors that would spot car accidents by evaluating a spike in gravitational force.

The iPhones and the Apple Watch would instantly dial the emergency number for help in detecting car accidents. It was primarily a plan to be installed for iPhone 14 series and Apple watch series 8 in 2022, but it would continue for future devices.

Apple advised significant US carriers to get ready for the launch of e-SIM designed smartphones only. It was decided that iPhone 14 would launch devoid of a physical SIM slot, converting the design to an e-SIM only.

This tells us that the iPhone 14 series would be the first slot devoid of a SIM port. Apple represented some iPhone 13 models without the nano-SIM in the box where the cellular plans are activated by e-SIM. An e-SIM permits cellular plans to be applied to a device without the help of a nano-SIM.

The e-SIM practically is not accessible in most countries, so iPhones need to continue with a nano-SIM slot. Customers can select their required version of SIM if SIM-free iPhones are available though it is not mandatory. The Apple web page mentions the list of countries that support e-SIM.

Apple sold 1TB with Apple 13 Pro models. Still, rumours are spreading that Apple can add an extra 1TB of storage for the iPhone 14 series, providing 2 TB.

It is still beyond our imagination that one day we would carry a powerful piece of technology that would become a fundamental part of our daily life. A couple of years back, the idea of carrying the whole world in a small pocket was impossible. But within a blink of an eye, Apple has taken the entire concept of mobile phones to another level.

Every year they come up with brilliant ideas thinking about what their customers would like to have this time. They aim to make the iPhones do a significant part of our jobs on our behalf. 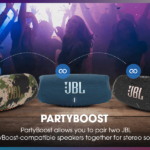 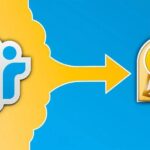